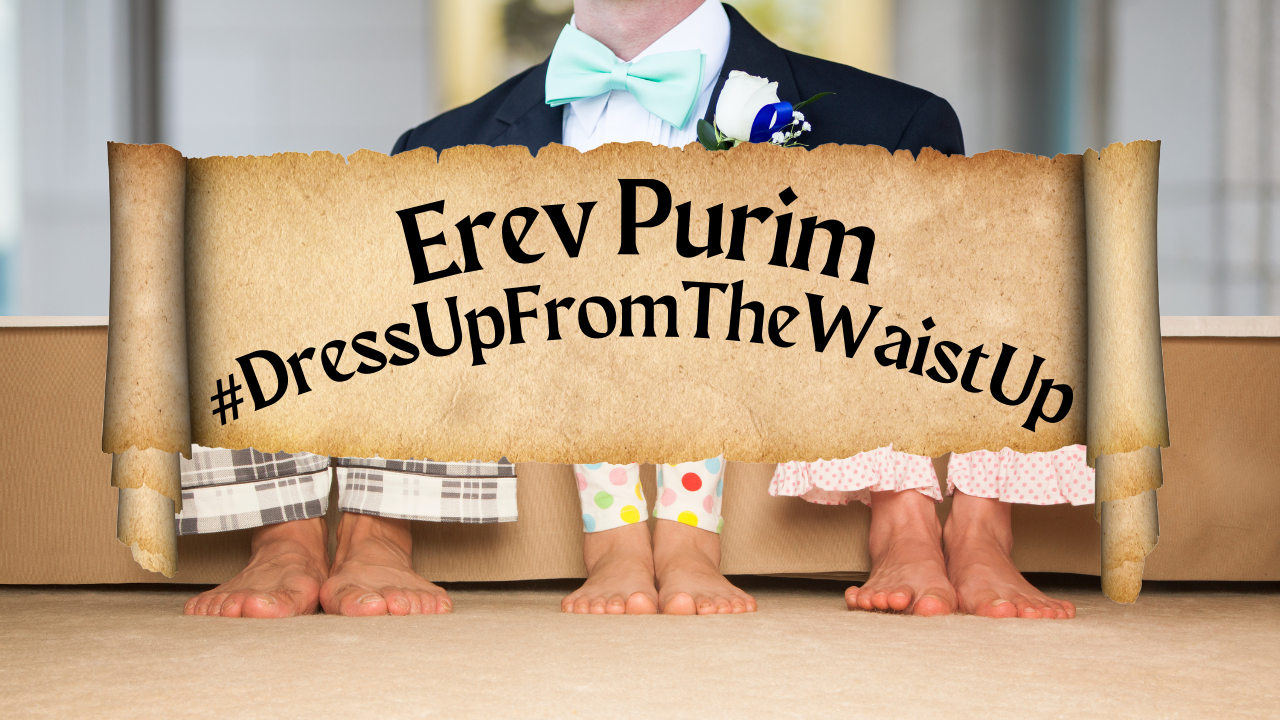 Wednesday, March 16, 7 pm on Zoom
Watch Recording
This year’s theme is the Academy Awards! Dress up, but from the waist up (it’s Zoom), pants strongly recommended. #dressupfromthewaistup
Featuring live awards presentation and a Karaoke singalong of Oscar-nominated songs.

Fulfill the Mitzvah of Seudat Purim (Purim meal) and let us cook for you!
Take and bake pizza dinner will be available for pickup at Adath on Wednesday evening, March 16 from 4-6pm.
Final orders were due March 7 by 4 pm.

Wednesday, March 16, 5-5:45 pm in the sanctuary
Register to attend
Join Hazzan Dulkin for Purim songs and a mini Megillah reading.

Fulfill the Mitzvah of Seudat Purim (Purim meal) and let us cook for you!
Take and bake pizza dinner will be available for pickup on your way out at Adath on Wednesday, March 16 from 4-6pm.
Final Orders were due March 7 by 4 pm.

This year our Adath HESED committee agreed to have RISE EARLY LEARNING CENTER be the recipient of HESED’s Purim Pushke fundraiser this year.
The learning center is an initiative which is being cosponsored with several other faith congregations in the local area, spearheaded by Westwood Lutheran Church in St. Louis Park. The purpose of this initiative is to provide high quality affordable childcare to those  in the local area who cannot otherwise afford it. Adath has agreed to be one of the faith community co-sponsors of this project, and has committed to donate $25,000 over the course of 10 years.

Matanot l’evyonim, hebrew for “gifts to the poor”, is the greatest mitzvah we can complete on Purim. We ask your help in fulfilling this commandment and assisting our friends at Rise Early Learning Center.

For more information and to donate, please click here. 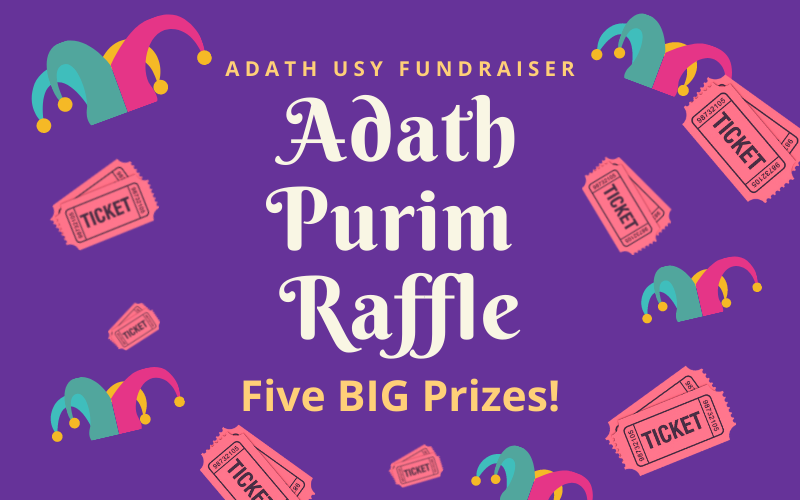 Sunday, March 13, 11:30 am - 1:30 pm
Adath's Parking Lot
Walk-ins welcome
This year's Carnival will be outdoors and on-foot. This is not a drive-thru event. Dress for the weather and get ready to enjoy our classic carnival games and raffle! Your order ahead of time (by Thursday, March 10) is greatly appreciated so we can prepare. Walk-ins and on-site food orders will remain available as well.

Grogger — Pronounced GRAH-gur. Yiddish for “noisemaker.” Groggers are used during the reading of the megillah (see below). When the reader speaks the name of Haman the congregation tries to drown out the evil name using noisemakers and booing.

Matanot l’evyonim — Pronounced mah-tah-NOTE leh-ehv-yon-EEM. Hebrew for “gifts to the poor.” It is a commandment to give to the poor on Purim.
​
Megillah — Pronounced muh-GHILL-uh, or meh-ghee-LAH. Hebrew for scroll, it is usually  used to refer to the scroll of Esther (Megillat Esther, also known as the Book of Esther), a book of the Bible traditionally read twice during the holiday of Purim. Megillah scrolls are often illuminated.

Mishloah manot, shlah manot — Pronounced mee-SHLOH-ahkh mah-NOTE, SHLAHKH mah-NOTE (or SHAH-lahk MAH-nohs). Hebrew for “sending portions to one another.” A phrase taken from the Megillah that commands the Jewish community to give small packages of food or gifts to friends on the day of Purim.

Purim — Hebrew for “lottery,” or "Lots" that are put up for sale at auction, and the name of the holiday.

Seudah — Pronounced seh-ooh-DAH (oo as in boot) or SOO-dah. Hebrew for feast.  There is a commandment to have a festive meal, or a seudat mitzah, on the day of Purim. Wine and liquor are traditionally served at the festive meal.

Shpiel (sometimes spelled spiel) — Pronounced SHPEEL. Yiddish for “play” or “skit.” A Purim shpiel is a humorous and dramatic presentation of the events outlined in the Book of Esther, often performed on Purim eve.

Taanit Esther — Pronounced tah-ah-NEET EH-ster. Hebrew for “the fast of Esther.” A fast from sunrise to sunset on the day before Purim, it commemorates the fast that Queen Esther and the Jews of Shushan undertook.

Tzedakah — Pronounced tzuh-DAH-kah. Hebrew for “righteousness” or “justice,” but it is often interpreted as charity. It is a commandment to give tzedakah to those in need on Purim.

Pushke — Yiddish, from the Polish word puszka, which means tin can. A box in the home or the synagogue used to collect money for donation to the poor.

Support our congregation this Purim with a gift of any size.
​Todah Rabah and Happy Purim!
GIVE